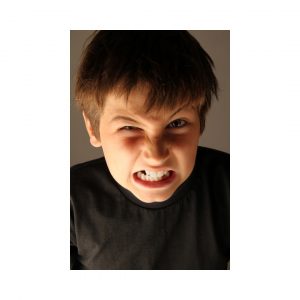 “My son has intense rages. When things don’t go the way he wants them to, he lashes out and often takes his anger out on his little sister. How can we help our daughter deal with his anger? He can be a great kid — funny and smart — but my little girl has become a meek and fearful child because she doesn’t want to risk upsetting her big brother. What should we do?”

When one child in a family has poor impulse control, aggressive tendencies or simply struggles to feel good in his or her skin, siblings suffer.

Here are my thoughts:

Encourage your daughter to find — and use — her voice. Not long ago I had a session with a family with a problem similar to yours; an older sibling targeting the younger one with his rage. This little girl had become used to tiptoeing around her brother, but to their credit, her parents had committed the family to counseling so they could address their son’s fury and put an end to their daughter’s enabling behaviors. Make sure your daughter gets to express not only her fear, but her own anger toward the circumstances that create so much drama and chaos in your home.

Steer your daughter away from people-pleasing. When a child recognizes mom and dad’s struggles with a difficult sibling, they often resolve to move through life not making any trouble, at least until she hits adolescence, when she can become highly rebellious. Make sure your little girl knows that it is not her job to establish peace and harmony in your family.

Address your son’s problems. I have been a family therapist for decades and have yet to encounter an aggressive child whose behavior wasn’t an indication of other issues. Whether your son is struggling because of a neurologically low tolerance for frustration, social problems at school that he’s acting out at home or learning difficulties that generate ongoing stress, view his behavior as an announcement that something in his world needs to be addressed, rather than trying to control him with shaming, lectures or punishments.

Avoid rewarding your daughter for being “good.” When I posted this topic on my Facebook page, a parent commented, “The other day, a friend asked, ‘Is your son always so relaxed and laid back? He just goes with the flow.’ I wondered if this was the identity he was developing because my older daughter has so many meltdowns.” While every parent appreciates a cooperative youngster, it’s important not to let your daughter become defined by being “the good child.”

Siblings have an enormous impact on one another’s lives. While some rivalry is normal and to be expected, when a child’s anger or control becomes something to be feared, it’s time to take action.