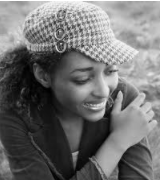 Last year, I got a call from Margaret because her 18 year old daughter Sarah was having a difficult time adjusting to college.

Sarah had dreamed of attending X University after first seeing it on a family trip in the 8th grade. Since then, she had never doubted that it was the right college for her. They visited the campus again when she was a junior in high school but Sarah was certain—no other college compared.

When her acceptance letter came, Sarah could not contain her joy. For days she walked on air, relieved that the long wait was over and thrilled that her dream was coming true. She filled out reams of paperwork to qualify for the grants and scholarships that would make it possible to attend.

In the weeks prior to dropping her off at college, Margaret did the predictable things with her daughter—shopping for Sarah’s dorm room, organizing her clothes, and making the rounds to bid a tearful goodbye to family and friends. While there were a few moments when Sarah expressed anxiety about being so far from home, her overall attitude was one of unbridled excitement as they flew to Town X to begin Sarah’s adventure.

But after spending just one night in the dorm, things started to deteriorate. Sarah began expressing doubt about whether she was in the right place after all.“I’m not like the other kids…I should have gone to University Y”(closer to home where a number of her high school friends were attending.) Margaret acknowledged Sarah’s concerns as normal and reassured her daughter that she would soon adjust to life on campus.

However, when it came time for her mother’s departure the next day, Sarah’s panic began to reach a fever pitch. She begged her mother to stay longer, convinced that she would have a full blown breakdown if left at University X without her.

Gritting her teeth, Margaret left for the airport, desperate to believe that her daughter would be fine in a few days. Instead, Sarah began flooding her mother with texts and phone calls, escalating her case that she wasn’t a University X type of student and begging to transfer to University Y. Margaret was torn—she wanted to be there for her daughter but didn’t want to indulge what she believed to be typical freshman anxiety.

I had two sessions with Margaret during which she strengthened her resolve to stay the course while arranging for Sarah to meet with counselors at the campus health clinic who would be able to help her through the difficult phase.

As we spoke, Margaret slammed headlong into a painful realization: Her well-intentioned efforts to make her daughter’s life as sweet and comfortable as possible had crippled her daughter in a significant way; Sarah had almost no faith in her ability to get cope when life was difficult.

In sheltering Sarah from painful life experiences, she had deprived her daughter of a skill that was now making her life almost unbearable: Resilience.

We can and should provide our children with many things—love, affection, validation, education, and of course the basics—food, clothing, and shelter. But there is one essential life skill that they need, and which we cannot simply hand over to them: Resilience. Without bumping up against unsolvable situations, our children cannot discover that they have within them the capacity to cope when life isn’t going their way.

Margaret realized that part of Sarah’s desperation had to do with the fact that she had been thrown into the deep end and hardly knew how to swim. She didn’t know—or trust—that she would be able to survive the uncomfortable first days and weeks of being far from home without friends to pad her from her loneliness. She had not had experiences in the past that she could draw upon to remember that her distress would be tolerable—and temporary.

In the face of a level of discomfort she had never experienced, she was utterly lost. She believed her only option was to convince her mother to bring her back home.

Far be it from me to suggest that as parents we should intentionally make life hard for our kids; that is nothing but counterintuitive on every level. But routinely moving heaven and earth to arrange life to our child’s liking—fixing their problems rather than staying lovingly present beside them while they feel sadness and frustration—does not ultimately serve them.

If we are to launch children into their adult lives with the internal resources they will need to cope, we sometimes—not always, but sometimes—need to simply bear witness to their disappointment. Never easy, I know. But seen from a larger vantage point, a kinder way to go.

Sarah did find her way to making friends and settling in to University X. She still isn’t sure if she’ll stay for four years, but is committed to getting through her freshman year, and confident that she will be fine. She leans on Margaret for support, and knows that her mother has faith that she will get through, even if it isn’t quite what Sarah pictured once upon a time.

More importantly, whether Sarah remains or transfers to another school, she will be able to draw upon the challenges she overcame at University X as evidence that she has the ability to get through tough times.

It isn’t easy to give our children the gift of resilience. But like a muscle, it must be used to eventually help us do the heavy lifting when it comes time.

We all need support to be the parents we want to be. Check out my Parenting Without Power Struggles Monthly Membership Program to learn how to apply the strategies I’ve developed over thirty years of working with children and parents to your real life challenges.

You can also join our Facebook page; I post ideas and tips nearly every day. Thank you for taking steps to learn and grow as a parent!