Help! I Can’t Get My Teen Out of Bed in the Morning Without Shouting and Drama! 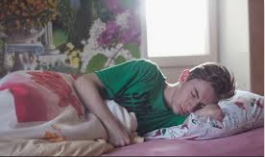 I have to scream every morning to get my 16-year old son up for school. He stays up too late and is always tired. Any suggestions?

This question has two parts. The first is about the age-old problem of getting kids up in the morning and out the door in time for school. Regardless of their age, most children don’t bounce out of bed to catch the bus because they’d rather stay home!

Despite our well-intentioned lectures about the importance of education, or our desire to motivate our youngsters to be enthusiastic students, kids are biased toward having fun as much as possible, and, for many of them, it’s just more fun to stay home.

That’s not to say that once they’re at school, our children don’t have a good time playing with friends and learning new things. It just means that to a sleepy child, the pull is strong to stay in that cozy, comfy bed as long as possible!

Rather than resorting to threats, bribes and general hysteria to light a fire under that slow-moving youngster of yours, focus on waking him and his groggy brain up without relying on drama and shouting to get his adrenalin pumping. Bring him a protein smoothie or an apple slice to kick-start his system when you wake him up. Turn on energetic music to help your son shift out of his foggy state. Some kids like it when you inject a bit of fun into the morning routine, having them eat breakfast with their left hand (if they’re right handed), or holding a contest to see who can make it to the car first — with shoes, backpack, lunch and homework in tow.

But your teen may not respond favorably to games, especially if he’s tired, which adolescents usually are. The lure of social media and the magnetic pull of the online world — not to mention late night cell phone chats and texts — keep our kids up much later than is healthy, given the early hour they have to awaken for school.

Help your son find a meaningful incentive. Does he care about his grades? He will, if he’s motivated to get into a particular college. Help him see the link between missing part of class and getting a lower grade. Try visiting a nearby college campus to make college–and the freedom and possibilities it will bring into his life– more tangible.

Or perhaps the two of you can invent a motivator — something he can remind himself of in the morning when he’s tempted to hit the snooze button. Often, something relatively insignificant can work — the promise of his favorite dinner on Friday night if he gets to school on time all week, or an extra hour added to his Saturday night curfew.

But the most important element of your question is the fact that your son, like most of his peers, is tired all the time. Teenagers should get vastly more sleep than they typically get. They need between 8 ½ and 9 ¼ hours, but most of them average just 6 ½ hours.

And, because of hormone activity and biorhythms, most adolescents don’t feel sleepy until 11 p.m., or even midnight, which spells disaster when school starts between 7:30 a.m. and 8 a.m. In 1996, Edina High School in Minneapolis changed its start time from 7:30 a.m. to 8:30 a.m. and noticed a significant difference in students’ performance. But inadequate sleep impacts more than just grades; it can contribute to mood swings, car accidents, illness and behavior problems.

What can you do? Instead of trying to force your son to unplug earlier, set a quiet tone in the evening for the whole family, turning off computers and opening books, pulling out colored pencils or playing music. Create unwinding rituals that gently help his body shift out of the stimulated state it’s in when the TV or computer is on. If need be, establish a time when the Internet router and cell phones are turned off.

Even if you do manage to get your son to go to sleep earlier, however, don’t expect him to cheerfully leap out of bed when you tell him it’s time to rise and shine, and don’t take his grouchiness personally. He is, after all, a teenager, and no matter how much sleep he gets, he’ll almost always want to stay in that cozy bed to catch a few more zzzs.