Does Your Child Welcome Your Advice? 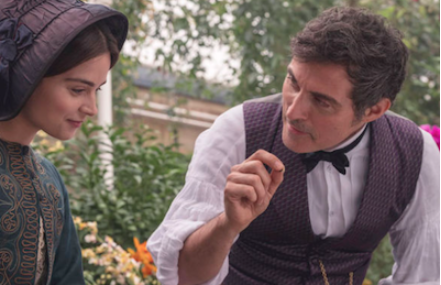 My husband and I have been watching a show which follows the reign of Queen Victoria from the time she learns, at the age of 18, that her uncle has died, making her Queen of England.

Victoria is a strong young woman, but she struggles to determine which of her advisors to trust and listen to, and who might be using her to further their own personal agenda.

The Prime Minister at the time is Lord Melbourne. Soon after Victoria receives news of her ascent to the throne, he offers himself as an advisor, should she be in need of support.

Initially, she turns him down, suspicious that he, too may have personal motives.

But as he continues to prove his willingness to listen without judging or trying to override her ideas, she begins to trust him.  Eventually–at least in the television version!–she comes to rely his counsel, turning to him again and again when she’s faced with a difficult decision.

By exercising restraint, respecting her views (even when others suggest she’s too young to know what she’s doing), and waiting to be asked for his advice, he becomes her closest advisor and confidante.

Still, Lord M encourages her to listen to her own instincts, acting as a sounding board rather than an authoritative voice she cannot do without. He recognizes that ultimately, his purpose is to empower her to listen to herself–even when others are casting doubt upon her ability to rule.

This is the job of parenting, as well.  When our children are young, we need to guide every decision, from when they go to bed to whether they can have another piece of cake.

But our long-term job is about helping our children become self-referential, learning to listen to their own wisdom and trust their better instincts–even when others are discounting their sensibilities.

It’s not easy to back off when we see our kids making what appear to be ill informed or unhealthy choices. Naturally, there are times when we need to intervene. (I just did a wonderful class on this topic with William Stixrud and Ned Johnson which is still available by replay, if you’d like to learn more about that delicate dance.)

But our kids do need us–both as a safe place to turn when they aren’t sure about what to do, and as a trusted consultant who encourages them to spread their wings with confidence.

This week, consider whether your youngster needs you to intervene, or whether they simply need you to convey your faith in their ability to take tentative steps on their own path.